Grand Master Ellis has been an avid Taekwon-Do practitioner for over 40 years. This wonderful art was introduced to him by his friend’s brother in Oxford and he welcomed the invitation, knowing it would be a vessel for positive energy. He had no serious ambitions for TKD at this point so it was treated just like a regular hobby for him to practice.

His initial influences in the world of TKD began with his first instructor Mr Jerry Dash. Grand Master Ellis informed me that during these early years, students were not graded by their instructors, so he was guided by the best teacher’s. Master Rhee conducted all his gradings, progressing him up to 5th Dan. Then our founder and pioneer, General Choi Hong Hi 9th Dan, promoted him to 6th and 7th Dan.

I was surprised to learn from Grand Master Ellis that General Choi was a gentle teacher and did not make students feel inadequate when errors were made and encouraged any struggling participants. Grand Master Ellis also highlighted that these gradings were the real deal and super intense, especially with Master Rhee, (the destruction King.) There was absolutely no mercy for the weak as hardwood and roof tiles were the standard kit for power breaking. “Well, thank goodness health and safety swooped in during this modern age and saved us”, Grand Master Ellis joked. He believed most students today would not survive this method of grading.

Grand Master Ellis had his first taste of competing when he was a green belt and was pleased to share that he won gold medals in both patterns and sparring. This was a very encouraging start and inevitably he was bitten by the bug! Grand Master Ellis continued to participate in numerous competitions over the years, winning multiple medals in local, national, international and world tournaments as an individual and team member. These accolades were gained in sparring, patterns, destruction and special techniques.

Grand Master Ellis was also the first ITF competitor to win gold medals in a pattern, sparring and power category at the same World Championships.

The most rewarding achievement and TKD experience for Grand Master Ellis arrived in October 2012, suitably in the UK at the Brighton World Championships. Here, he was presented and promoted with the highest TKD accolade by our current ITF president, Grand Master Trajtenberg and awarded the prestigious title of Grand Master.

So what does the Grand Master do when he is not serious and profiling a dobok? In his regular day to day job, he works for British Telecom as a communications engineer. While in the world of other fitness regimes, he is an avid cyclist (a hugely popular feature in Oxford) and frequents the gym. These additional activities have been conducive in enhancing his phenomenal flexibility and robust stature. When it comes to watching sports, cricket is definitely at the top of his list!

Inspirational influences outside the dojang include a range of great activists who struggled for the greater good, equality and humanity. These include Dr Martin Luther King Jr., Paul Bogle, Malcolm X, Colin Powell, Nelson Mandela and most recently passed Dr Maya Angelou.

Grand Master Ellis has donated a huge part of his life to TKD and continues to teach his classes twice a week in Oxford. He candidly admitted that he doesn’t delve into the TKD encyclopaedia as frequently as most may think, stating it is a guide and that training is the essential key to learning. However, for students and teachers climbing the rank, don’t be using this as an excuse for not knowing your theory!

I asked Grand Master Ellis what he would like for the future of TKD and he gave an answer only a great lover of their art would say.

“I endeavour to see continued growth and development within ETA TKD and to see more passionate instructors that will produce top class students. It would be a positive and great change if the crippling politics in TKD was ostracised and authentic students and teachers train as we should, without restraints. Sadly as the year’s progress in these changing times, business is often the prime agenda in many cases and TKD is secondary, so student’s technical abilities suffer. I don’t foresee this unbalance being corrected in a hurry. Despite this, however, TKD remains to be an exciting art in unarmed combat for self-defence, discipline, fitness, flexibility, self-control, confidence and strength.”

This was a great honour and opportunity to interview Grand Master Ellis and to get inside his thoughts. This was not an easy task as this is a humble person who often is discreet about his achievements!

I leave you with an invitation from Grand Master Ellis, “I would highly recommend all serious TKD practitioners, regardless of Kup or Dan, attend a class in Oxford for a great technical experience. I like to call it ‘The Slice, Dice and Chew Sessions’. What does this consist of Well, you’ll just have to visit to find out!” 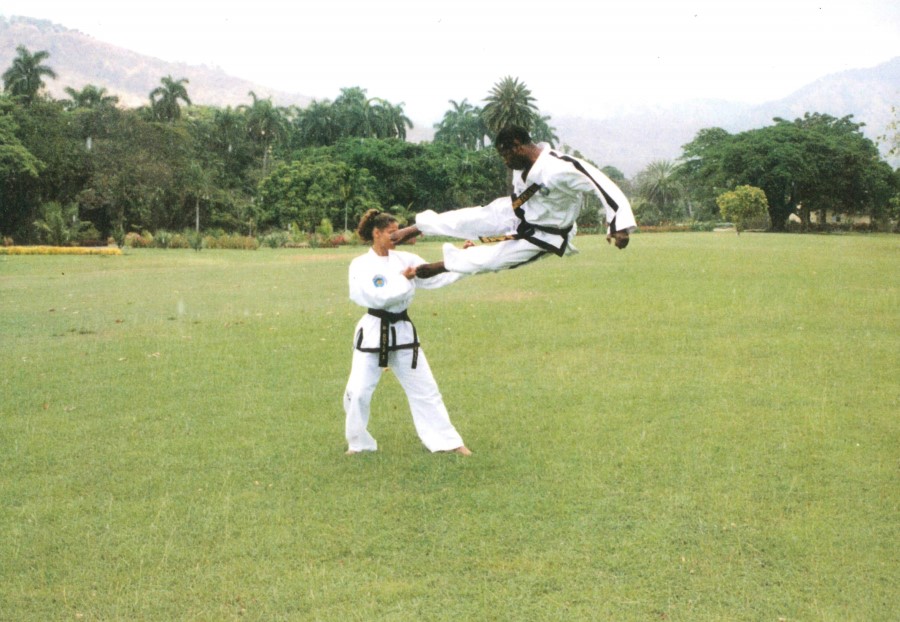 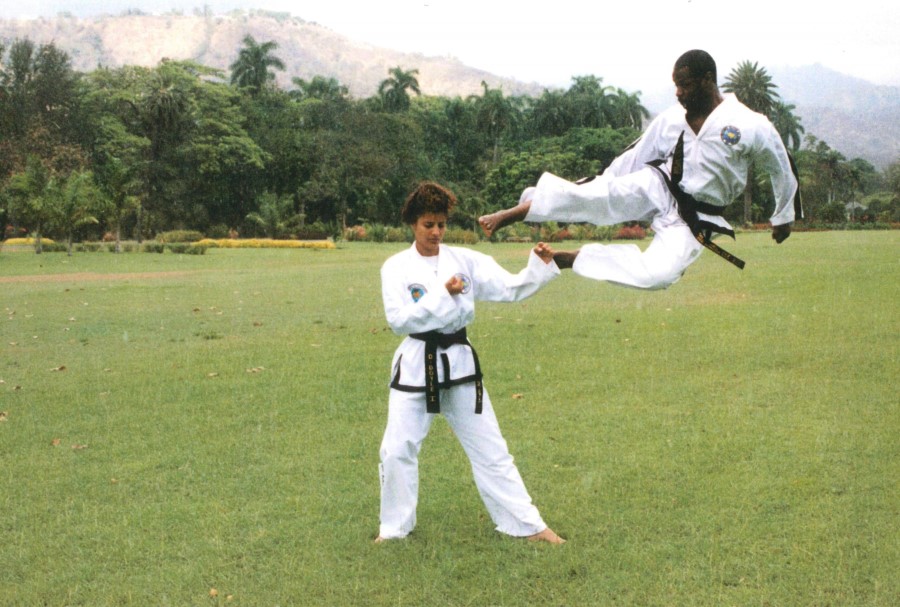 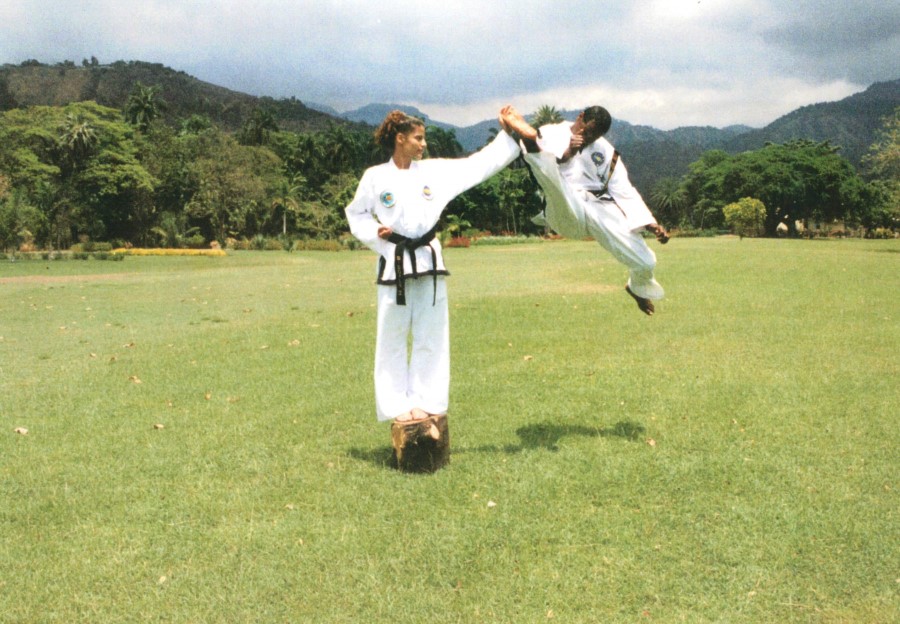 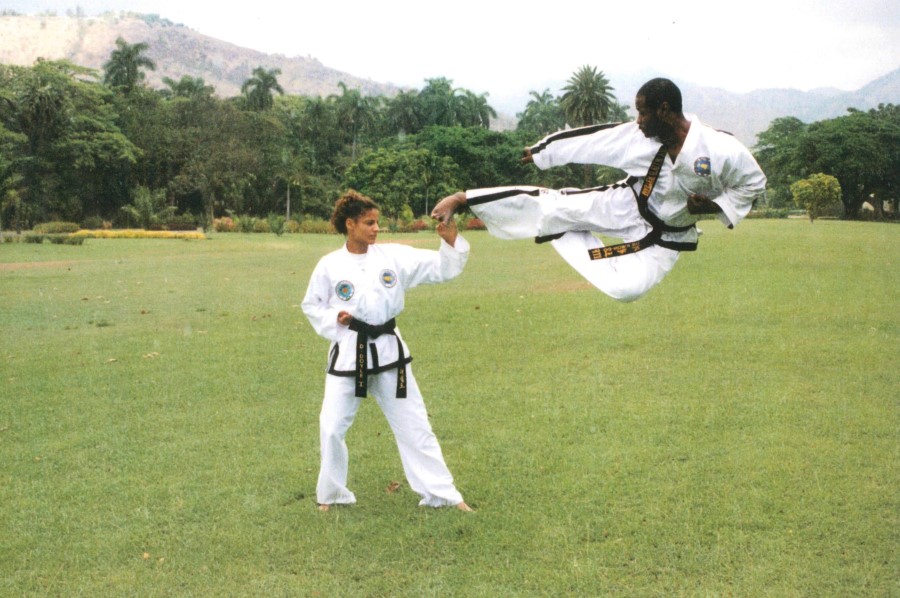 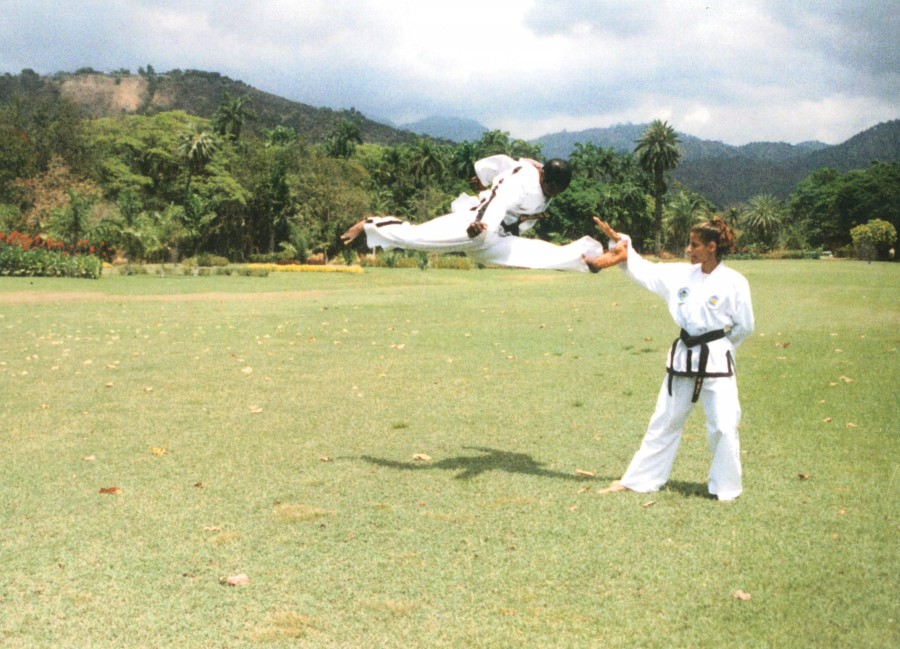 Thank you Grand Master Ellis, on behalf of the ETA